Are Your Mobile Calls Secure From Jamming Devices? – Cell Phone Blocker In Court: Today people will go to any lengths to block other users’ cell phone messages. The phone jamming devices are also getting much cheaper. But for those who get caught the downside is very expensive and can lead to prison – details of latest case below. Mobile phone conversation jamming by individuals on public transport.

We have all had the experience of using public transportation and being subjected to a fellow passenger’s noisy cell phone conversation. For those of us who like to enjoy a good book or newspaper in silence it can be very distracting to hear a debate about ‘whether lasagne or coq au vin would be better for tea?’, or ‘how the treatment aunt Mildred’s bunions is progressing’, or graphic descriptions of Veronica next door’s promiscuous life style and ‘whether that cold sore on her mouth really did come from Herpes Henry at the liquor store’.

Over 30 years ago I remember how using a mobile phone for business was a far more civilised affair. I was one of the first people in BP to hire an international ‘mobile’ comms device for my negotiations with Istanbul while I was travelling through Belgium. I picked up the device with my hire car at Brussels airport. It came in a huge suitcase and when I needed to use it I had to stop the car, fix an enormous antenna onto the roof and then dial up my customer using a contraption that was the size of a building brick. Needless to say I didn’t bother any other commuters with my calls in those days (and I did get the deal!)…..I kept the phone book in my Sinclair ZX Spectrum! 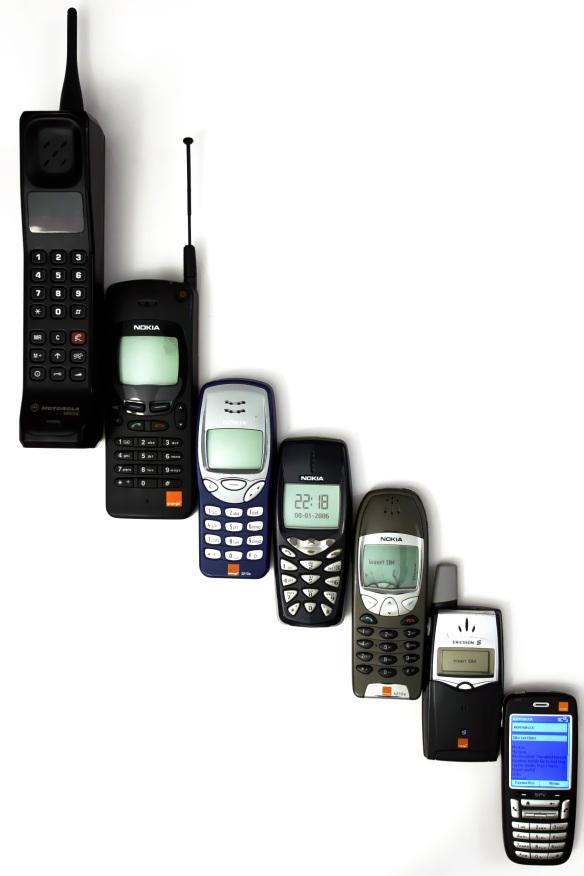 As mobile devices for inflicting pain on fellow commuters have grown smaller and become more ubiquitous (a bit like Henry’s herpes) travellers have adopted desperate measures in their search for peace. One such traveller was a 53 year old Chicago commuter who regularly used the local CTA Red Line train to get to work. From pictures I have found of this gentleman on the internet I understand he had been utilising his anti-cellphone technology for some time.

In the earlier photos he was clearly brandishing what looked like a large old (‘retro‘) mobile communication device but with a notable distinguishing feature – it had 5 antennae. This vigilante of the ‘peace’ was brandishing a cell phone jamming device which effectively prevented anyone from using their cellphone within a certain radius of where he was sitting.

The transport authorities and the police managed to track down this jammer by using their own hi-tech equipment and monitoring him while he was operating his device on the train. As a result the commuter ended up before a Chicago judge last Wednesday charged with one felony count of unlawful interference with a public utility for his alleged actions between the Loyola and Granville stops (on the public transport system). The 63 year old was held in lieu of $10,000 bail.

In the USA, as in many other countries, interference with the operation of the public communications network is illegal. According to the Federal Communications Commission enforcement bureau the unlawful use of a jammer is a criminal offense and can result in various sanctions, including a jail sentence. More specifically, the unlawful marketing, sale, or operation of cell phone, GPS, or other signal jammers in the U.S. can result in: 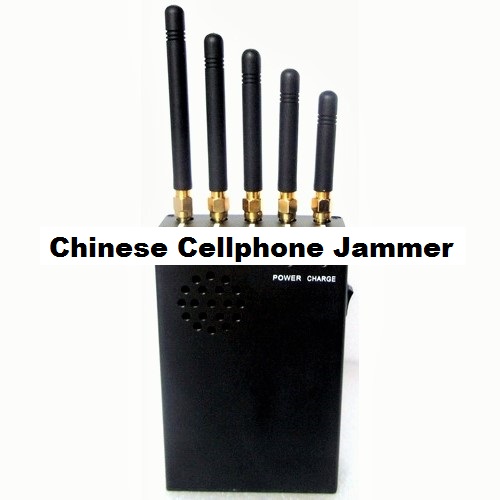 It is not only the USA where cellphone jamming is illegal. In the UK usage of jammers is illegal with the exception of their official use in prisons (since 2012). In Germany the use is also illegal with potential fines of upto €500,000 (info from the Bundesnetzagentur). Once again jamming is possible by the German prisons’ authorities to prevent prisoners using forbidden mobile devices. You can not order these jammers over the internet in Germany – their import is forbidden.

The reason for the illegality of such devices is because, in addition to blocking irritating commuters, they can also disrupt emergency calls.

So, in conclusion if you are situated near to someone who insists on sharing the details of their call with you the only simple course of action is to politely request that they speak more quietly (and remember this when you next use your own cellphone in a public place!).

Chris Duggleby started his scientific career studying Bacteriology and Virology at the Manchester University Medical School. From there he went on to spend over 35 in the chemicals and oil industries which included setting up a polymers research and development group in Geneva, Switzerland for a major international chemicals company. Following an MBA from Warwick University he went on to lead a number of international manufacturing and marketing operations in the Chemicals, Plastics and Oil industries. This included being the founding President of Formosa BP Chemicals Corporation in Asia. His work involved living and working in Europe, Asia, the USA, the Middle East, and Russia. More recently he was invited to take on a senior leadership position in the Audit Department of the BP International Oil Group. Here he used his global change and risk management experience to help the group reshape its management structures and processes following a major environmental disaster in the Gulf of Mexico. He has now retired to focus on writing about risk management and producing music in his studios near London, in the Alps and Cape Town. If you are interested in risk management check out his RiskTuition.com or BizChangers.com (management of change) sites. He has also recently launched the JointVentureRisk.com site.

If you found this article interesting please consider taking a look at some of his other recent reports on similar subjects.

…starting with some more serious stuff

29th December 2012: Spreading diarrhea and vomit through the washing machine– The Norovirus propagator in our kitchen

and here are some fun reports…

18th August 2012: How Bavarians and Austrians use their middle finger – Fingerhakeln: a men-only sport (did Arnold Schwarzenegger start training this way?).

You can also find some of my more humorous reports in the Alpine Press section of this site using the link here.

Now prepare yourself for an uplifting experience!